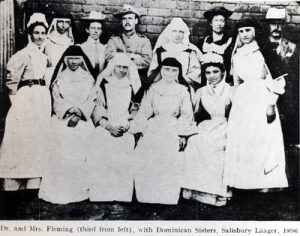 Zambesi Mission 1890 – 1899, when the Mission became independent from the Motherhouse in King William’s Town.

Rhodesia It was at the request of Cecil John Rhodes, in 1889, that the Dominican Sisters of King William’s Town accompanied his soldiers and colonists on the mission to Rhodesia in 1890. An Epic of NursingSisters Amica Kilduff, Frances Condon and Ignatius Haslinger were among the first volunteers from the Motherhouse. Sisters Patrick Cosgrave and Constantia Frommknecht from Potchefstroom joined them in the new undertaking.

On their arrival in 1890 the Sisters were greeted enthusiastically by the troops at Macloutsie, the base camp of the Chartered Company and British Border Police. They began work at the hospital on the day after their arrival at the camp, nursing the 27 patients who were lying on the ground in blankets.

The Sisters left Tuli on 5 June 1891 and entered Fort Salisbury on 29 July 1891. A Military Hospital. Finding neglect and discomfort everywhere they set to work, transforming the entire atmosphere with the hospital equipment they had brought with them. In October 1892 the Salisbury Convent School was opened when ten little scholars began their lessons; Rhodesia’s first school.

Bulawayo was a new mining town consisting of rough wood-and-iron shacks, huts and tents. Prospectors and miners had been drawn by rumours of the discovery of gold and the town grew quickly inot an economic centre. The Sisters travelled from Macloutsie to Bulawayo by ox-wagon, arriving there on 13 July 1894 and being obliged to live in their waagon for a week before arrangements were made for their accommodation.

Rhodesia / Zimbabwe Communities
In October 1892 Chishawasha Mission had been founded by the Jesuits near Salisbury. After the Rhodesian Sisters became independent from the Motherhouse ‘King’ Dominican Sisters lived and worked on several missions in Rhodesia/Zimbabwe. 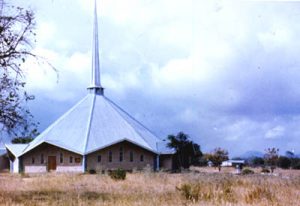 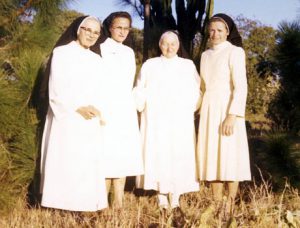 Chikwingwisha Minor Seminary,
A Diocesan Seminary at which the King Sisters worked.

1964 – 2008 Matibi Mission, A Diocesan Mission at which the King Sisters worked 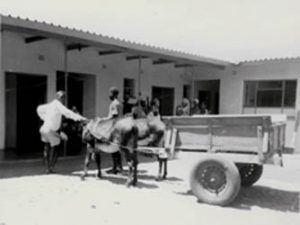