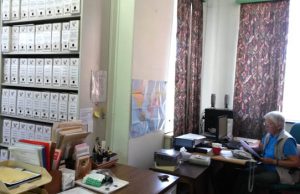 In the Congregational Archives are to be found the documented history of the Congregation. Among the numerous documents are letters in German, French, English written to and from the Foundresses of the Congregation, carefully written Annals, chronicling daily events in the various Foundations in Southern Africa, photographs recording important events such as the laying of foundation stones of Convents and Chapels, class photos taken at the various Convent schools, official documents of purchase and sale, newspaper clippings dating back to the early 20th Century and much else besides. 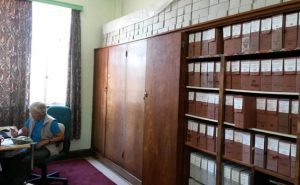 There are chronicles of the Anglo-Boer War from the Sisters’ viewpoint and anecdotal memoirs of the Sisters Trek from King William’s Town and Potchefstroom to Rhodesia with the army of Cecil John Rhodes.At present the Archives are located in a room on the first floor of ‘The Haven‘ at St Vincent School for the Deaf in Melrose, Johannesburg. A sample of the history of the Congregation is on display in the Heritage Museum also at  ‘The Haven’.